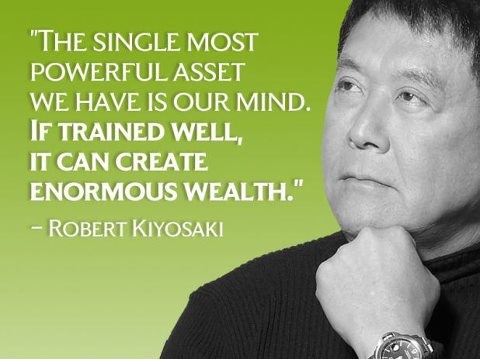 Rich Dad Poor Dad – : What The Rich Teach Their Kids About Money – That The Poor And Middle Class Do Not!

A classic book about thinking and dealing with money. After a lot of procrastination, I finally got to this book. I have never done this before, but I did a reading experiment with this book. And that is – don’t keep the book down until it’s done. Done reading. Done comprehending the thoughts given in the book. Robert Kiyosaki has given a deep thought that has to be nurtured and kept in the foremind forever. I felt the examples; scenarios given in the book were good. The idea about the mindset of money was written in such a way that it slowly found its way to being mind’s bedrock. Something I will never forget in my life. This book surely made an impact. A deep one. If there is something that made me cringe while reading the book that is stretching of the same idea over and over somewhere from the middle part of the book until the end. I felt the idea was repeated, may be with a purpose to ingrain it in our minds, over and over. I surely met its purpose, but as a reader, I expected more concrete theories. Also aside, I could be wrong, for the main point was already taught in the early part of the book and I was still looking for a further push. But yes, things could have been even better if there were methods and theories given as to how to make assets, how to read financials, what a typical day is like for people who are rich. Perhaps, that was missing from what I could decipher. Maybe I am just rambling here with a ping pong of thoughts.

There were some great words with powerful insights that needed a highlight. I have given some of my highlights from the book below so I could refer them again later and revisit my learnings from this book. Beware; there could be some spoilers, though.

To know more about me, please check About page

View all of Arun's posts.